As my PhD is wrapping up, I've been ruminating on what it means to be a student in the NEO program. The official website highlights the collaboration between McGill and STRI, the opportunities students will have to work with researchers from both institutions, and the goal to “facilitate a broader understanding of tropical environmental issues and the development of skills relevant to working in the tropics”. The greatest appeal of the program for me has always been the combination of science and humanities that has formed the core of the NEO program since its inception, mainly through the NEO courses. However, my research focus is limited to biology, so how do I fit into NEO? 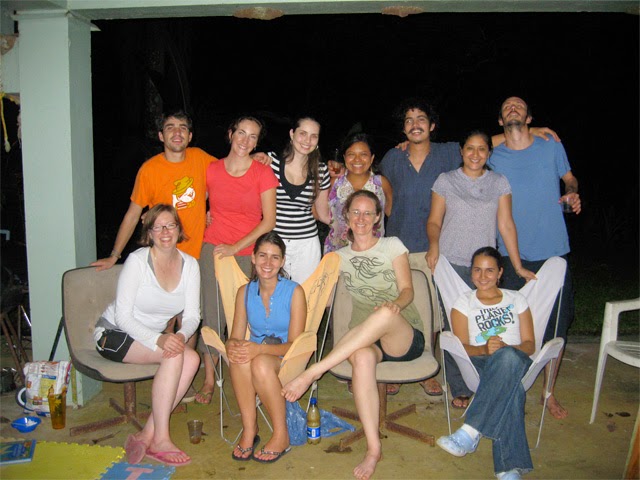 I work with a group of marine snails, the calpytraeids, perhaps better known to the world as slipper limpets. If you’ve spent time on the east coast of North America or the north coast of Europe where it is invasive, you’ve probably seen shells of the most famous species in the group, Crepidula fornicata, washed up on the beach. The shells look a bit like slippers when turned upside-down, hence the common name. What attracted me in the group was the diversity of developmental types. Calyptraeids are a relatively big family, and have at least five different ways of going from egg to juvenile. I’m working on what is called direct development with nutritive embryos. That means that the majority of embryos produced by a female don’t actually finish their development, but are ingested by their normal siblings as they grow - a form of cannibalism. Interestingly, in the species that I study, all embryos look more or less the same until about a third of the way through their development. After that point, most embryos stop growing and are eaten. Only a small fraction will crawl out of their capsules as juveniles. It’s a bit like “The Hunger Games”, but with snails. I am studying what influences the developmental decision between becoming either a normal embryo or a food embryo, and how this mode of development may have evolved.

So what does that have to do with the goals of the NEO program? How does that relate to environmental problems facing Latin America today? On the surface, it wouldn’t appear to be a close fit. However, I am also studying these marine snails in the context of ecological evolutionary developmental biology, also known as eco-evo-devo. This is an emerging field that aims to understand how the environment, genes and development interact to produce changes in organisms through time. It is by nature an interdisciplinary field. And this is how I feel that my project fits into NEO. My research aims to understand the evolution of development by looking at several levels of biological organization; from genetic control and expression patterns, to environmental and seasonal influences on development, and the role of maternal and sibling interactions on individual embryos. This multi-level approach fits very well with the goals of NEO. After all, the ideals of the program are to understand environmental issues by integrating natural and social sciences in the tropics. On that front, my research is not so far outside of the goals of the program.

Similar to understanding the evolution of development, understanding environmental issues requires having a handle on the complex interactions that lead to their production. NEO students are trained in integrating the multiple aspects of environmental issues, making this one of the most important aspects of NEO, even for those of us who are not looking directly at how we humans interact with our environment. The skills that I am using to do my research are transferrable to any number of complex issues facing the world today, and not just snail evolution!


* for more information about eco-evo-devo, check out the Abouheif lab website.
Posted by anyram at 10:49